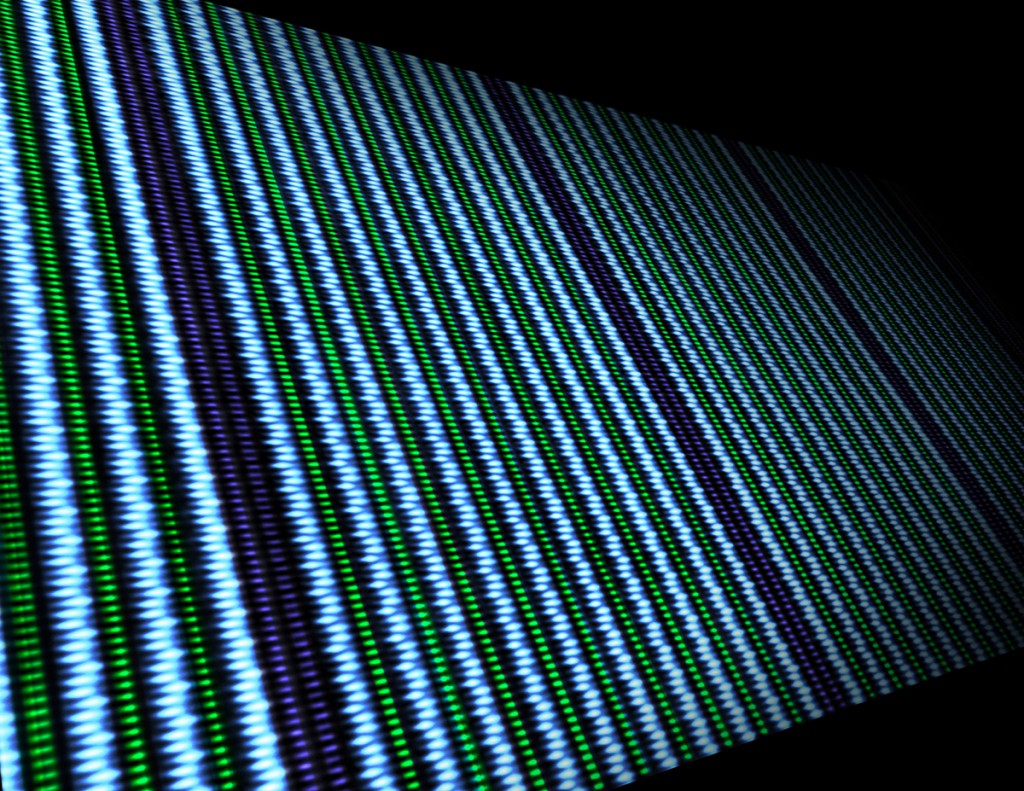 The magnetoelectric multiferroic. The double strand of purple represents the extra layer of iron oxide, which makes the material a multiferroic at near room temperature. Source: University of California

Multiferroics â materials that exhibit both magnetic and electric order â are of interest for next-generation computing but difficult to create because the conditions conducive to each of those states are usually mutually exclusive. And in most multiferroics found to date, their respective properties emerge only at extremely low temperatures.

Researchers from University of California, Berkeley, have combined two non-multiferroic materials, using the best attributes of both to create a new room-temperature multiferroic.

Their paper, âAtomically engineered ferroic layers yield a room-temperature magnetoelectric multiferroic,â was published along with a companion News & Views piece in Nature.

The researchers found, however, that they could combine these two materials at the atomic-scale to create a new compound that was not only multiferroic but had better properties that either of the individual constituents. In particular, they found they need to add just one extra monolayer of iron oxide to every 10 atomic repeats of the LuFeO3 to dramatically change the properties of the system.

That precision engineering was done via molecular-beam epitaxy (MBE), a technique that let the researchers design and assemble the two different materials in layers, a single atom at a time.

In electronics devices, the advantages of multiferroics include their reversible polarization in response to low-power electric fields â as opposed to heat-generating and power-sapping electrical currents â and their ability to hold their polarized state without the need for continuous power. High-performance memory chips make use of ferroelectric or ferromagnetic materials.