The U.S. Department of Defense (DoD) usesÂ rare earths in a number of military technologies and is dependent on their availability. (1)Â Chinaâs near monopoly in rare earths has the attention of American security experts, the DoD, and the U.S. Congress.The U.S. rare earths policy is the DoD policy. Since its adoption in 2011, there has been a significant improvement in rare earths markets. The existing policy, combined with natural markets forces, are working together to improve supply, demand, and market prices. U.S. lawmakers need to resist pressures to pass needless legislation that will only disrupt natural market forces, increasing the cost while decreasing long-term availability.(1)

Rare earth elements play an essential role in the US national defense. The army uses night-vision goggles, precision-guided weapons, communications equipment, GPS equipment, batteries, and other defense electronics. Technologies of this sort give the United States military an enormous advantage. Rare earth metals are key ingredients for making the very hard alloys used in armored vehicles and projectiles that disintegrate upon impact. (2)

Product from Polymagnet. .gif from hackaday.com

This mysterious red thing was given to three engineers with the question: âCan you explain this?â

They took it in their hands, and pulled, turned and twisted the thing, only to be more confused.
When the two handles were far apart, they attracted each other, but when they were close they repelled. And when twisted to a certain position, they came together.

Magical. How is it possible? They asked, mindblown.
Actually, it is magnets.Â But in a completely new way.

The scene above is from this videoÂ (click, it’s a must-watch!), by smartereveryday, who visits the company behind this ‘toy’, Polymagnet.

They have developed a technology to printÂ magnetic designs on the surface of magnets.Â This means that they can create multiple north and south poles on the same surface, and the higher density of poles – the tighter the ‘reach’ of the magnet gets. 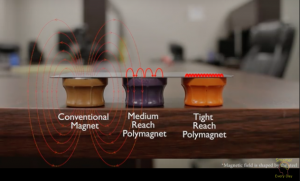 The reach of the polymagnets can be tailored. Screenshot from the video by smartereveryday.

Apart from being able to tailor the reach of the magnetic field, the focused force of the polymagnets mean that there are less interference and energy waste. And of course, since the magnetic patterns are printed to a very fine detail, where every maxel (magnetic pixel) represents one pole, the designs have no limits. 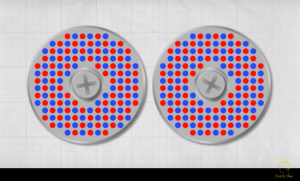 So,Â if we have a look at the mysterious red object again, the magnetic viewing film shows that the magnetic pattern is in the shape of the cog, which explains why it comes together when twisted to the right position. 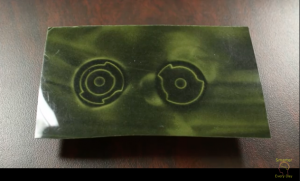 The latch mechanism shown on magnetic viewing film.
Screenshot from the video by smartereveryday.

And with our new knowledge about the ‘reach’, we can imagine the magnetic pattern has been designed with a long reach attraction and short reach repulsion. And it’s all between two magnets.

This specific design, with its spring and latch mechanism, is thought be a good fit for a cabinet door closure. But really, when you can tailor the strength and geometry of the magnetic pattern, the possibilities for the Polymagnets are endless.

They call it âsmart magnetsâ.
And it is hard to disagree.

It is clear that these are not only toys, that instead this innovation can revolutionise the use of magnets in product design.

Induction motors, except not requiring rare-earth materials, induction motors also can offer higher efficiency and durability than permanent-magnet motors in some applications. Induction motors operate by inducing electrical currents in conductors in the motor’s rotor. these currents in turn give rise to a magnetic field in the rotor and thus produce torque. As a result, when switched off, these motors are inert, producing no electrical voltage or current, no losses and no cogging torque. These machines can produce high levels of performance using modern and well understood vector control techniques.2

Ever since magnetism was discovered thousands of years ago, people have been fascinated by it. And of course we are, anyone who has played with magnets and felt the magnetism knows that it is a special force; an invisible, powerful and almost magical force.

Which makes it perfect for art, where the artists can explore freely and create and visualize concepts in ways that not only looks cool; it makes us think.

Below I have collected some examples of art based on magnetism. 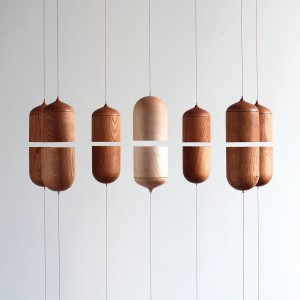 A popular theme is to play the magnetic force against gravity.

In the piece by Eske RexÂ above, the magnetic force cancels out the gravitational force, and we get what looks like zero gravity.
Bruce Grayâs âSuspensionâ, below, is based on a similar idea, however there is a sense of motion to this piece. 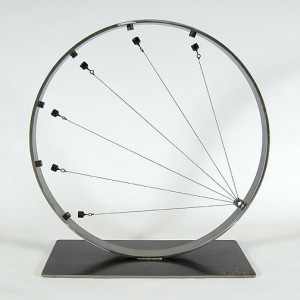 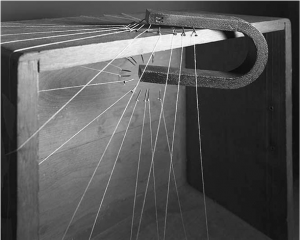 The concept is taken to an extreme in Caleb CharlandsÂ sculpture above. The observer is a bit puzzled by how the heavy magnet can stay in that position, without anything physically keeping it in place, except the magnetism, which flow lines are symbolized by strings, but are more correctly visualized in âMagnetic Fields IIâ below. 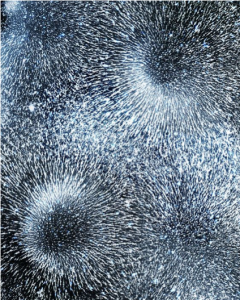 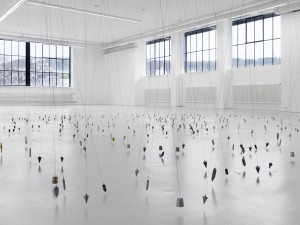 The last one on the theme is the piece by Tatiana Trouve, above. Also here the objects seem to not be in equilibrium, which almost settles one in unrest.

Magnetism has also been used for moving artworks, like the videoÂ (click here or on the image) below by Kaplamino, who used marbles and magnets to make a Rube Goldberg machine.

Finally, two examples where magnetism has been used for interior design products. A levitating bonsai tree, and a ferrofluid clock (click on the images).

Last month the 10th edition of the famous international conference of Molten slags, fluxes and salts took place in Seattle, Washington, USA. This conference is organized every 4 years by TMS. It is a leading conference for sharing process and mechanistic knowledge in high-temperature processing. This time the focus lay in the field of extractive metallurgy and development of novel materials.

Surprisingly, a lot of presentations were focused on rare earth elements. Investigations varied from recycling possibilities, to thermodynamic studies and molten salt researches. It s very obvious that Rare Earth researches are finding their way into the spotlights and are definitely becoming a force to be reckoned with.

Some examples from presentations are: